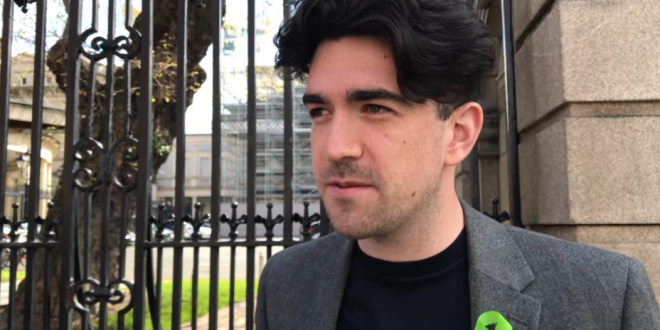 Sinn Féin spokesperson for the Arts, Youth Affairs and LGBTQI rights, Senator Fintan Warfield has welcomed the passing of the Prohibition of Conversion Therapies Bill 2018 through second stage in the Seanad today.

The bill aims to make the practice of performing so called ‘conversion’ or ‘reparative’ therapies illegal in Ireland and would carry fines for individuals providing the service and prison sentences in extreme organisational cases.

‘Conversion therapy’ means any practice or treatment that aims to change, repress and, or eliminate a person’s sexual orientation, gender identity and, or gender expression. Additionally, it will make removing a person from the State for the purposes of conversion therapy an offence.

Although conversion therapy has been widely discredited, only Brazil, Ecuador and Malta have nationwide bans, says the International Lesbian, Gay, Bisexual, Trans and Intersex Association (ILGA).

Such therapies could have a “negative impact on people’s mental health, as they can lead to lower self-esteem, depression and suicidal ideation,” Evelyne Paradis, ILGA’s executive director in Europe, told the Thomson Reuters Foundation.

“Legislation sends out a powerful message that stigma masquerading as ‘therapy’ will not be tolerated by modern societies . . . and we encourage Irish parliamentarians to quickly pick up this really important issue,” she said by email.

Previous Giuliani Tells State TV That Jeff Sessions Should Shut Down Mueller And “Say Enough’s Enough” [VIDEO]
Next Vanessa Trump Recently Became A Marinara Heiress, Now Junior Wants To Know How Much Money She Has