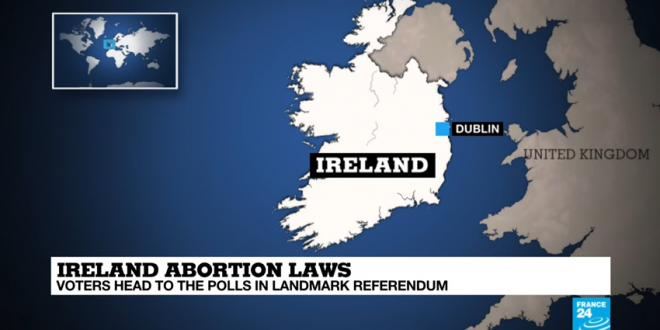 Turnout in the Republic of Ireland’s referendum on abortion laws is higher, so far, than in recent votes. Voting will continue until 22:00 local time on Friday.

The turnout at mid afternoon on Friday was higher than at the same stage of the country’s referendum on same-sex marriage and its most recent general election. Polls opened at 07:00 local time and votes can be cast until 22:00 on Friday.

The vote will decide whether to repeal a part of the constitution, known as the Eighth Amendment, which effectively bans terminations in the country. The BBC, along with other broadcasters, is not allowed to report details of campaigning while the polls are open.