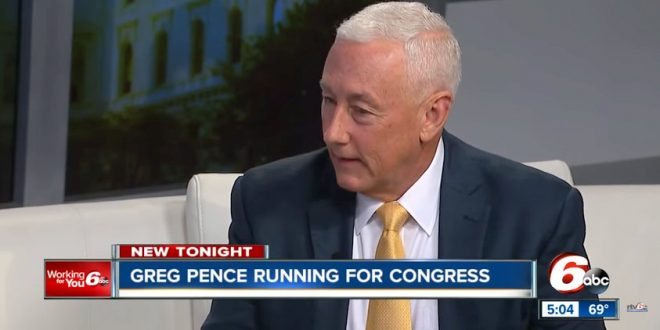 Greg Pence has won the Republican primary for an Indiana congressional seat his younger brother, Vice President Mike Pence, once held for a dozen years. He defeated four others Tuesday in the 6th District race, including Muncie businessman Jonathan Lamb. He’d argued that Greg Pence merely relied on his prominent name and dodged debates.

Pence raised nearly $1.2 million for his campaign thanks largely to the support of his brother, pro-Trump groups and top Republicans. Pence is a Marine veteran and owner of two antique malls who once ran the now-bankrupt chain of Tobacco Road convenience stores.

Greg Pence has never held any elected office and is now virtually guaranteed to take the seat being vacated by GOP Rep. Luke Messer, who is running for the US Senate. Messer, you surely recall, is leading the campaign for Trump to win the Nobel Prize.