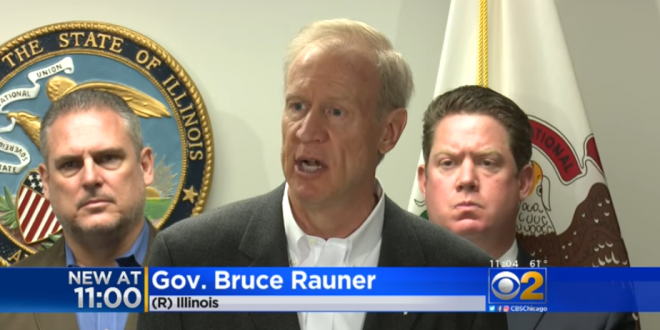 Republican Gov. Bruce Rauner on Monday proposed reinstating the death penalty in Illinois for mass killers and people who slay law enforcement officers as part of his rewrite of a gun control bill. The death penalty provision would create a new category of homicide called “death penalty murder,” which could apply to adults who kill police officers or more than one person.

Guilt must be determined “beyond all doubt,” rather than the standard “reasonable doubt” requirement, according to the governor’s office. Rauner said at a Chicago news conference Monday that people in those cases “deserve to have their life taken.”

The measure Rauner rewrote originally was designed to create a 72-hour “cooling off” period to buy an assault weapon for those who may have intent to cause harm, and to allow additional time for sellers to complete a background check. Under current law, the waiting period to purchase assault weapons including AR-15s is 24 hours. It’s 72 hours to buy a handgun.