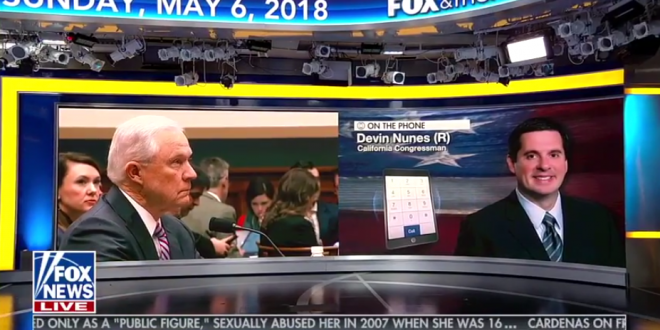 House Intelligence Committee Chairman Devin Nunes announced Sunday he’s going to push Congress this week to hold Attorney General Jeff Sessions in contempt of Congress. This extreme step is a culmination of the frustration the California Republican explained he’s felt in dealing with a Justice Department that had stymied his requests for information, during the panel’s government surveillance investigation.

In particular the committee has been looking into allegations of Foreign Intelligence Surveillance Act surveillance abuses by the Justice Department and FBI that led to spying on former Trump campaign aide Carter Page. Two weeks ago, Nunes he sent a classified letter to Sessions, which he said was not acknowledged. That was followed by a subpoena last week. “Then on Thursday we discovered that they are not going to comply with our subpoena,” Nunes said on “Fox and Friends Sunday.”