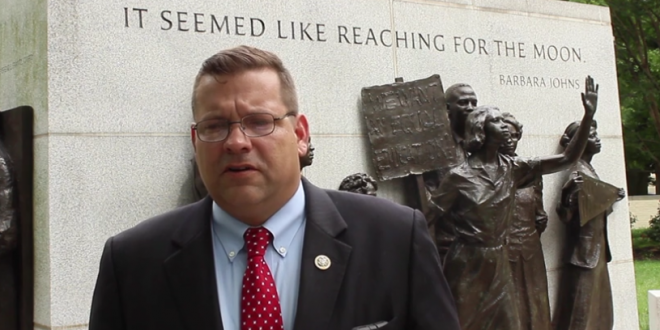 GOP House Rep To Retire Over His “Alcoholism” [VIDEO]

Rep. Thomas Garrett (R-Va.) announced Monday that he is struggling with alcoholism and will abandon his run for a second term in Congress so he can focus on recovery and his family.

Garrett, a member of the conservative Freedom Caucus, is the 48th Republican to retire or announce they will not seek reelection to the House this year, according to a list maintained by the House Press Gallery. Many are leaving in anticipation of a strong Democratic performance in congressional races this fall and out of frustration with partisan politics in Washington.

The former Virginia state senator was facing a robust challenge from his Democratic challenger, journalist and author Leslie Cockburn, who had raised more money and had more cash on hand than he had. In recent days, unnamed former staffers had accused him and his wife of mistreating staff who worked in his congressional office.

Previous Giuliani Booed At Yankee Stadium On His Birthday
Next CHATTER AWAY: Overnight Open Thread