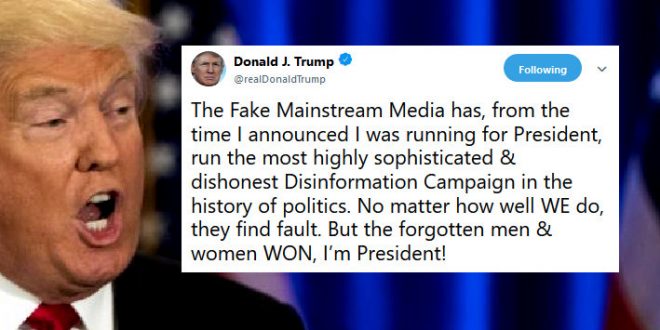 Glorious Leader: The Media Can Suck It, I’m President

In his 22nd tweet in the last 48 hours, Glorious Leader again attacked the press, accusing them of the most dishonest “disinformation campaign” in the history of politics. And as he does almost every day, he reminds us that he won the election. The most recent avalanche of butthurt tweets has some speculating that yet another scandal is about to drop. We can’t wait.

The Fake Mainstream Media has, from the time I announced I was running for President, run the most highly sophisticated & dishonest Disinformation Campaign in the history of politics. No matter how well WE do, they find fault. But the forgotten men & women WON, I’m President!