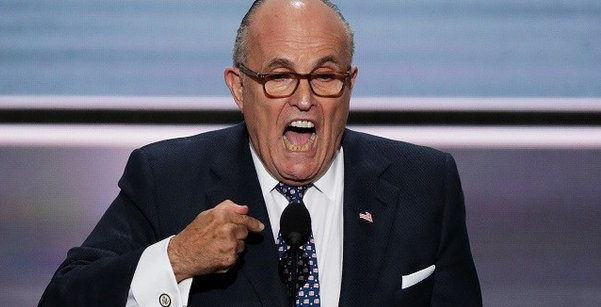 Giuliani Accuses Avenatti Of Extortion: He’s A Complete Jerk Ambulance Chaser Who Should Turn In His License

Rudy Giuliani jabbed the attorney for adult film actress Stormy Daniels on Thursday, saying that lawyer Michael Avenatti should turn in his license to practice law.

Giuliani, a member of President Trump’s legal team, called the publicity-savvy Avenatti an “ambulance chaser” and “complete jerk” over his recent comments that the president will be forced to resign over payments surrounding his alleged affair with Daniels.

Mr. Giuliani and Mr. Trump are making it up as they go along. Never before has that old adage been more appropriate: “Oh what a tangled web we weave, when first we practice to deceive” – W. Scott. How stupid do they think all of us are? #basta

Rudy Giuliani – the only “ambulance” I have ever chased in my career is the one you are driving right now in a desperate attempt to save this presidency. Any time you would like to compare our legal careers and cases over the last 15 yrs, I would be happy to. #sirens #basta