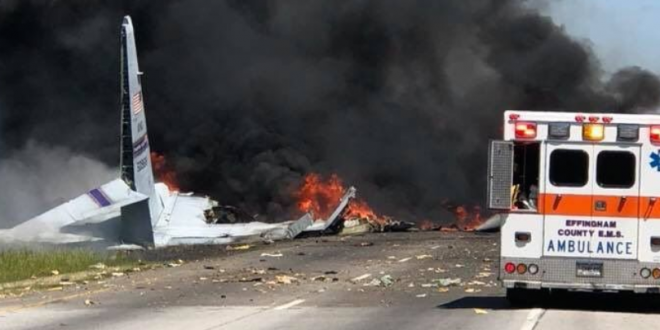 As you’ll see below, the Alex Jones crowd is already at it.

“I saw it… roll upside down. When it rolled upside down it did a straight turn into the ground.”

Information continues to come in. Plane appears to be Military C-130 Transport. Horrible scene on Highway 21 near Crossgate. @WJCLNews pic.twitter.com/quHoTyfx5e

We want to be CLEAR:
THIS was not random.
A C130 Hercules Transport
Does NOT “just crash”.
This was a specific target,
For a specific reason.
This was an Air National Guard Plane.
Targeted.
These People Are Sick. pic.twitter.com/CYNmdMhoVz