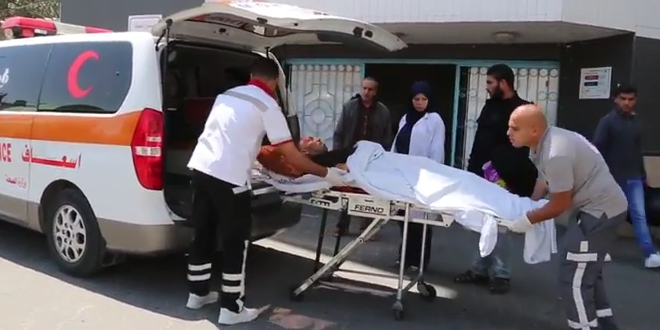 Patients with gunshot wounds filled wards and hallways in Gaza’s under-equipped and overwhelmed main hospital Tuesday, with dozens still waiting in line for surgery a day after Israeli soldiers shot and killed 59 Palestinians and wounded hundreds in mass protests on the Gaza border.

The high casualty toll triggered a diplomatic backlash against Israel and new charges of excessive use of force against unarmed protesters. The U.N. Security Council began its session Tuesday with a moment of silence for the dead, and the U.N.’s special Mideast envoy said there was “no justification for the killing.”

Even before the latest round of bloodshed, Gaza’s health system of 13 public hospitals and 14 clinics run by NGOs had buckled under persistent blockade-linked shortages of medicines and surgical supplies. At Shifa Hospital in Gaza City, the main health facility in the strip, these woes were magnified this week.