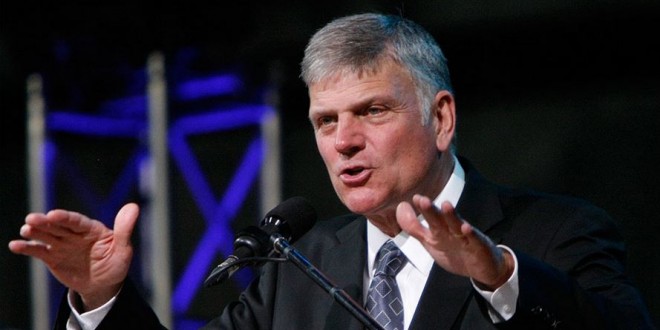 “These things happened many years ago – and there’s such bigger problems in front of us as a nation that we need to be dealing with than other things in his life a long time ago. I think some of these things – that’s for him and his wife to deal with. I think when the country went after President Clinton – the Republicans – that was a great mistake that should never have happened. And I think this thing with Stormy Daniels and so forth is nobody’s business.

“This stuff happened 12 years ago. This isn’t behavior that has taken place since he’s been president. These things happened long before he became president. That doesn’t make it right. I don’t defend those kinds of relationships he had. But the country knew the kind of person he was back then, and they still made the decision to make him the president of the United States.” – Franklin Graham, as quoted by the American Family Association.

Previous North Korea Changes Time Zone To Match Seoul
Next Dr Stabby Defends Plan To Triple Rent On HUD Housing: “We Are Giving Poor People A Way Out Of Poverty”