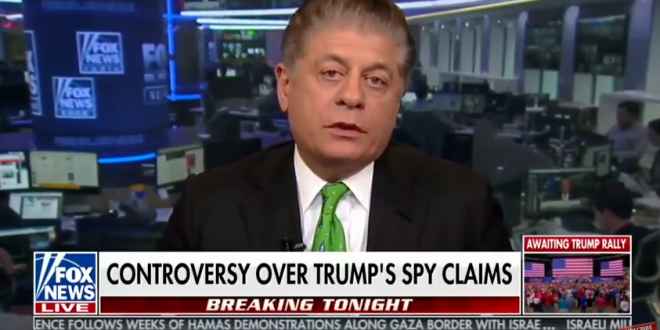 Fox News’s Andrew Napolitano said late Tuesday there is “no evidence” to support President Trump’s “Spygate” theory that the FBI planted spies during his 2016 presidential campaign.

“The allegations by Mayor Giuliani over the weekend, which would lead to us believe that the Trump people think that the FBI had an undercover agent who inveigled his way into the campaign and was there as a spy on the campaign, seem to be baseless,” Napolitano said.

Previous Gowdy Slams “Spygate” Claims: When Trump Finds Out What Happened, He’ll Be Glad For The FBI [VIDEO]
Next Russian-Made “Active Shooter” Game Gets Canceled