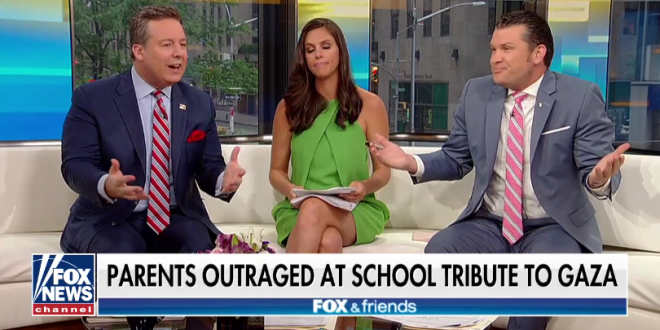 Fox News host Pete Hegseth offered a curious response to Ed Henry when his Fox & Friends Weekend co-host reminded him that innocent people died in the violent clashes between Palestinians in Gaza and Israeli security forces. “We should separate out,” Henry said. “There could be some innocent Palestinians, including children, who were killed.”

If anyone said something like this about any other group of people they’d be roundly criticized maybe fired: Fox & Friends’ Pete Hegseth Responds to Co-Host’s Claim That Innocent People Died in Gaza: ‘Meh’ https://t.co/HwCFPLOb4c via @mediaite

Previous Sarah Huckabee Sanders: Democrats Are Losing Their War Against Women In The Trump Administration
Next Blankenship To Attempt Third-Party Senate Run