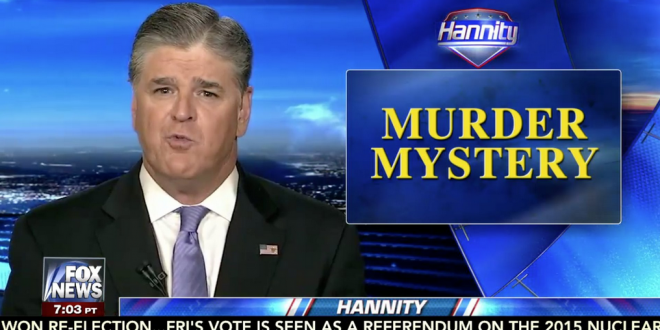 Fox News Argues For Dismissal Of Lawsuit Brought By Seth Rich’s Family: We Made Your Dead Son Into A Hero

“Although Plaintiffs assert that the Fox News article caused them pain, other readers might well consider their son to be a hero. Far from condemning Seth Rich for the purported leak, the Fox article portrayed him as a whistleblower who released the DNC emails to expose that ‘top party officials conspired to stop Sen. Bernie Sanders of Vermont from becoming the party’s presidential nominee.’

“Emphasizing the point, the article contained a photo of Rich in an American flag ensemble above the cutline: ‘Rich was fiercely patriotic, say family members.’

“That readers could take markedly different views of Rich’s alleged leak underscores that Plaintiffs cannot satisfy the outrageousness element as a matter of law.” – Fox News attorneys, arguing for the dismissal of the suit brought by Seth Rich’s parents.

“Sure, we reported a baseless conspiracy about your murdered son, but at least some people may have thought it was a flattering story.” https://t.co/ckhFnqxZ6v

In a motion to dismiss the lawsuit filed by Seth Rich’s parents, Fox News says some readers may have walked away from its retracted story believing Seth Rich was a hero because its story portrayed him as a patriotic whistleblower pic.twitter.com/Q8Q6QSR1PJ