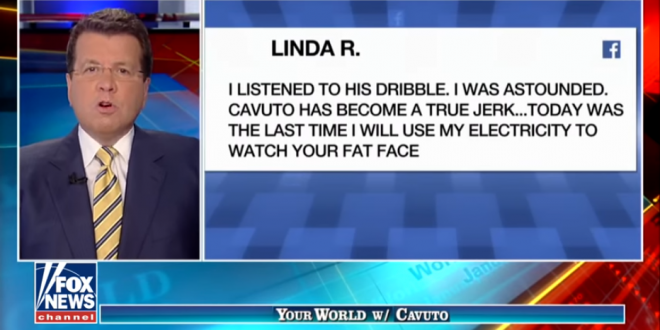 On Thursday, Fox News’ Neil Cavuto called out President Donald Trump over his repeated inconsistent statements and claims that simply did not hold up to facts. Many of his Trump-supporting viewers were not at all impressed. Noting his words left “a lot of you clearly ticked off,” Cavuto ended his Friday show by addressing the viewers’ anger and reading down a list of heated messages. “Neil, you proved today that you’re a leftist liberal and a moron. I will no longer listen to your show. Ciao,” a viewer named Frank wrote.