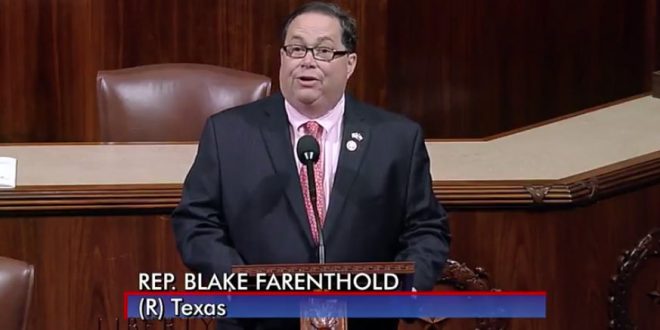 Former Rep. Blake Farenthold, the disgraced Texas Republican who resigned last month in the aftermath of a sexual harassment settlement, has secured his next paid gig – as a government lobbyist. But even though he’s going to be raking in a reported six-figure salary, Farenthold told ABC News that he has no intention of repaying an $84,000 sexual harassment settlement funded by taxpayers.

Farenthold told a Corpus Christi, Texas talk radio station Monday that he’s accepted a position as a “legislative liaison” at the Calhoun Port Authority, previously known as the Port of Port Lavaca-Point Comfort. Farenthold’s hiring announcement was first reported by the Corpus Christi Caller-Times. Reached via phone Tuesday morning by ABC News, Farenthold declined to comment on his new job. “I’m a private citizen now, so I’m not commenting about my employment,” Farenthold said.