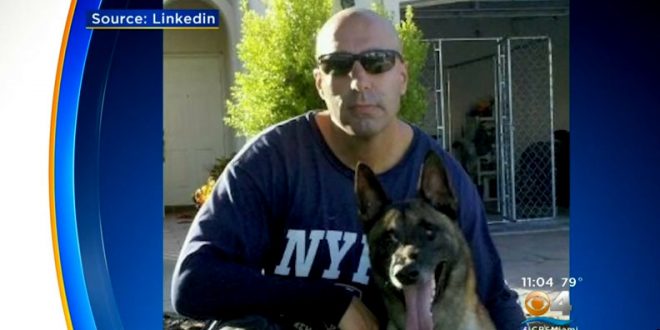 FLORIDA: Cop Suspended For Facebook Post Hoping That David Hogg Would Be Hit By A Car During Protest

Brian Valenti, the Coconut Creek K-9 officer who posted a snide comment on Facebook that triggered public outrage, is being suspended for five days and will be required to undergo sensitivity training, the department said Wednesday.

Valenti told Police Chief Butch Arenal he regretted posting a comment saying he hoped Parkland activist David Hogg would get hit by a car during Friday’s protest at Publix. The 23-year veteran told his supervisors it was meant as a joke, but he now realizes it was not funny.

He told the chief he plans to apologize in person to Hogg and other organizers of the event. Hogg said Tuesday, “Cops are meant to protect and serve communities, not spread hate and violence among them.”

Previous Giuliani: Yankees Fans Booed Because They Love Me
Next Starnes: ABC Canceled Roseanne Because They Hate Her Audience Of Flag-Waving, Gun-Toting Trump Fans