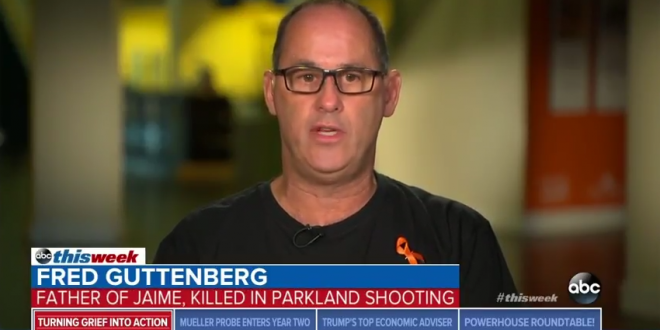 Father Of Parkland Victim Rages At “Idiotic” Texas Lt. Gov. Dan Patrick: He Should Be Removed From Office

“I think those are the most idiotic comments I’ve ever heard regarding gun safety,” Guttenberg said. “Let me be clear, he should be removed from office for his failure to what to protect the citizens of Texas. To hear him continue to make the argument — after 10 people died in his state — that guns are not the issue is simply a crock.”

The father of the 14-year-old victim noted that he had participated in recent protests against the NRA convention in Dallas. “The highlight item at their convention is a gun that folds up to look like cell phone!” he exclaimed. “That is not designed for any reason other than to spread more death on the streets of this country.”