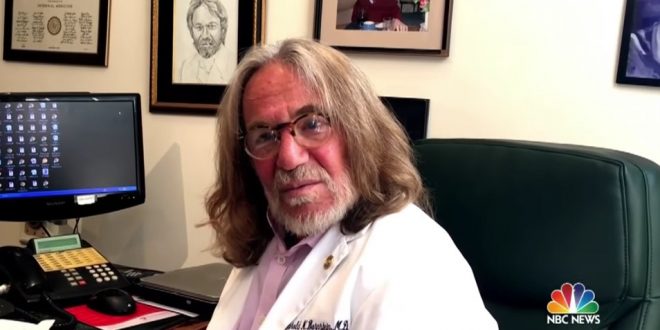 When Dr. Harold Bornstein described in hyperbolic prose then-candidate Donald Trump’s health in 2015, the language he used was eerily similar to the style preferred by his patient. It turns out the patient himself wrote it, according to Bornstein. “He dictated that whole letter. I didn’t write that letter,” Bornstein told CNN on Tuesday. “I just made it up as I went along.”

The admission is an about face from his answer more than two years when the letter was released and answers one of the lingering questions about the last presidential election. The letter thrust the eccentric Bornstein, with his shoulder-length hair and round eyeglasses, into public view.

“His physical strength and stamina are extraordinary,” he crowed in the letter, which was released by Trump’s campaign in December 2015. “If elected, Mr. Trump, I can state unequivocally, will be the healthiest individual ever elected to the presidency.”

We ALL knew this, right?