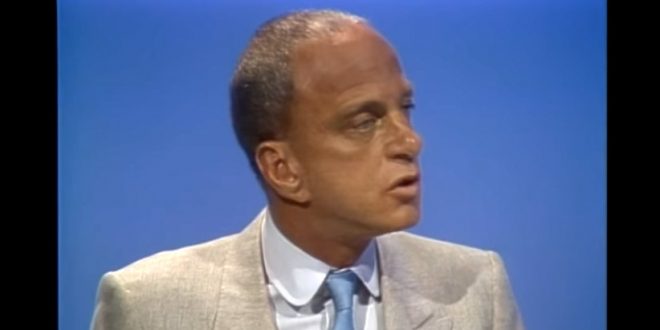 Donald Trump is getting the big-screen treatment in a film called The Apprentice that will dramatize his rise to power, focusing on his early influences like attorney Roy Cohn.

Gabriel Sherman, special correspondent to Vanity Fair, who also authored a book about late Fox News founder Roger Ailes, The Loudest Voice in the Room, has been tapped to write the original screenplay for Amy Baer, who is producing the pic through her Gidden Media.

“As a journalist, I’ve reported on Donald Trump for more than 15 years,” Sherman said Wednesday in a statement. “I’ve long been fascinated by his origin story as a young builder coming up in the gritty world of 1970s and ’80s New York. This formative period tells us so much about the man who today occupies the Oval Office.”

RELATED: This Vanity Fair piece on Trump’s partnership with Cohn is very illuminating.

Previous GOP Senate Candidate Photoshops Trump Out Of GOP Opponent’s Pic To Show Him Laughing With Hillary
Next Roger Stone: Send Money So I Can Sue My Enemies