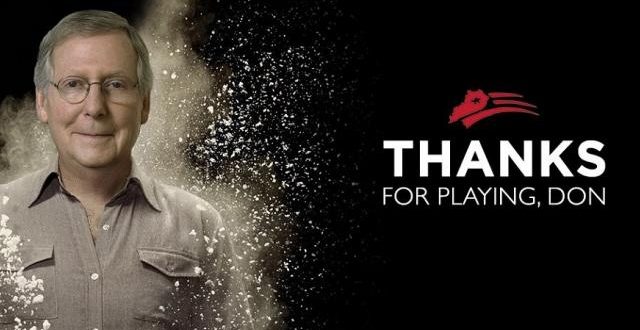 It’s been pretty hard to predict which way the Republican Party would go of late, what with the whole Donald Trump situation, but anyone who bet big on “Senate Majority Leader Mitch McConnell celebrates a political enemy’s defeat by gleefully comparing himself to Pablo Escobar” is cleaning up in the office pool tonight. After Don Blankenship lost the West Virginia primary on Tuesday, the official Twitter account for Team Mitch was there to rub salt—or some other white powder—in his wounds.

The McConnell image comes from these “Narcos” promos pics of Escobar surrounded by coke. The chest hair remains unchanged from the original. https://t.co/E4BC5JJizb… pic.twitter.com/RII1IFkZf5