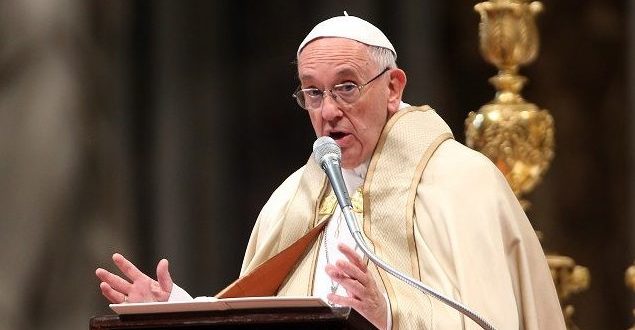 In an unprecedented move, 34 Chilean bishops said on Friday they had offered to resign en masse after attending a crisis meeting this week with Pope Francis about the cover-up of sexual abuse in their country. It was not immediately clear if the pope would accept all or any of the resignations from the prelates, who hold all the top jobs in Chile’s Roman Catholic Church. “We have put our positions in the hands of the Holy Father and will leave it to him to decide freely for each of us,” the bishops said in a joint statement read out by a spokesman for the churchmen, Bishop Fernando Ramos. He said the bishops would stay in their roles until the pope had made his decision.

Auxiliary Bishop Fernando Ramos Perez of Santiago, secretary general of the Chilean bishops’ conference said the pope had read to the 34 bishops a document in which he “expressed his conclusions and reflections” on the 2,300-page report compiled by Archbishop Charles Scicluna of Malta and his aide, Father Jordi Bertomeu, during a visit to Chile to investigate the scandal. “The pope’s text clearly showed a series of absolutely reprehensible acts that have occurred in the Chilean church in relation to those unacceptable abuses of power, of conscience and sexual abuse that have resulted in the lessening of the prophetic vigor that characterized her,” Bishop Ramos said.