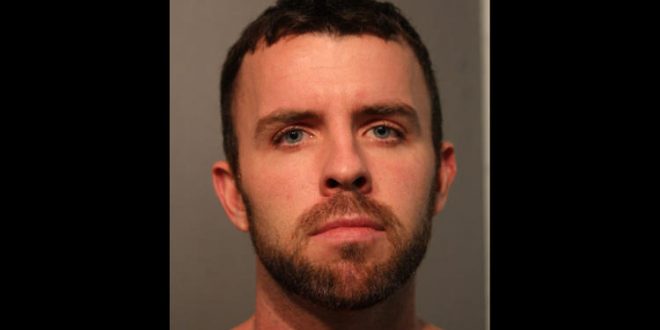 A man charged with threatening violence at gay bars in Lakeview was accidentally released from Cook County Jail this week and remains at large, officials said. Officials say an apparent communication breakdown between the state’s attorney’s office and the sheriff’s office led to the release of Shane Sleeper, 31, on Tuesday night.

Sleeper was arrested in February and initially charged with misdemeanor charges of obstructing and resisting a peace officer, according to Cara Smith, policy chief for Cook County Sherif Tom Dart. In one of his threats, Sleeper allegedly said “Orlando will come to Chicago,’’ an apparent reference to the mass shooting at the Pulse nightclub in Orlando, Fla.

On Tuesday, the misdemeanor charges were dismissed and felony charges of state terrorism, hate crime and harassment were filed against Sleeper, according to state’s attorney’s office spokesman Robert Foley. Sleeper was ordered held without bail. Smith said the sheriff’s office only knew of the misdemeanor charges being dismissed, not about new felony charges being filed against Sleeper. So he was released.