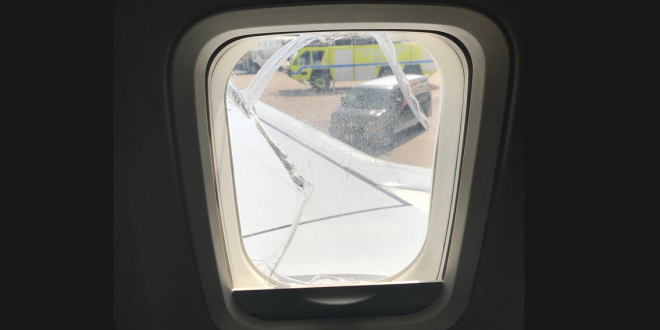 A portion of the window’s glass appeared to be missing. Southwest issued a statement saying that the plane’s flight crew “made the decision to divert the plane to Cleveland for maintenance review of one of the multiple layers of a window pane.”

BREAKING Southwest #WN957 made an emergency landing in Cleveland after a window shattered mid-air https://t.co/EerSSfLZlK

#BREAKING: Southwest Flight 957 from Chicago-Midway to Newark has landed in Cleveland due to an issue with a window. 76 passengers being booked on new aircraft to Newark. Photo: Passenger Linda Holley pic.twitter.com/gyNkVpHBxZ