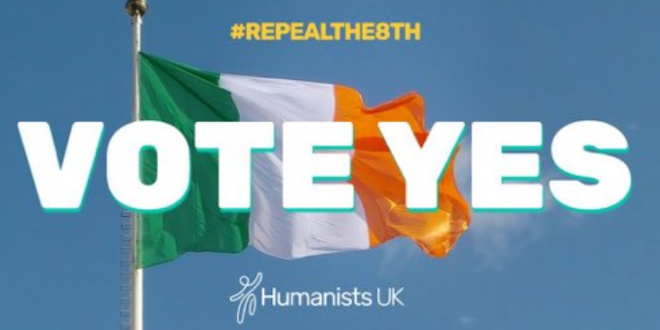 Ireland has voted by a landslide margin to change the constitution so that abortion can be legalised, according to an exit poll conducted for The Irish Times by Ipsos/MRBI.

However, the size of the victory predicted by the exit poll leaves little doubt that, whatever the final count figures, the constitutional ban on abortion, inserted in a referendum in 1983, is set to be repealed.

Polls are now closed. No matter what tomorrow has in store, Ireland has changed, thanks to You. Thank You. #Together4Yes pic.twitter.com/DJl7WMvq4U

BREAKING: Ireland has, it appears, overwhelmingly decided to remove its Constitutional Ban on abortion by more than two to one. 68% Yes to 32% No, according to Irish Times exit poll #iestaff via @McConnellDaniel