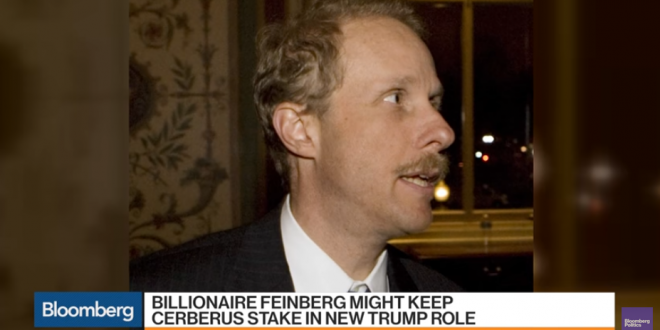 Shortly after taking office in 2017, the president reportedly asked Feinberg — a Trump supporter and major Republican donor — to conduct a review of U.S. intelligence agencies.

Feinberg, however, had not been cleared by the Office of Government Ethics at the time and his status was still unknown as of Friday evening. The White House did not immediately respond to a request for comment.

Previous State TV Host: Trump Has Fulfilled Biblical Prophecy
Next Federal Lawsuit Claims FDNY Recruit Was Taunted To Have Sex With Stripper To Prove He Isn’t A “Faggot”