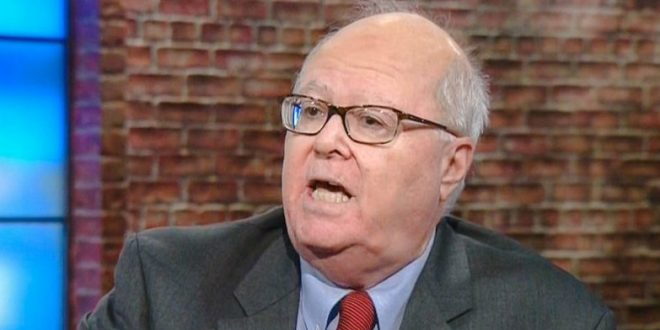 Brad Hoylman, a New York State Senator, has posted an anti-Catholic tweet that cannot go unchallenged. His colleagues should condemn his bigotry without delay. In addition, he should recuse himself from voting on any measure dealing with the sexual abuse of minors.

The subject of Hoylman’s tweet is a new bill that was introduced in Albany that would provide restitution to minors who were sexually abused, regardless of where the offense took place. The funds to be distributed, $300 million, would come from state assets controlled by the Manhattan District Attorney’s office.

Hoylman is a sponsor of the Child Victims Act, a bill that addresses the same issue, though it would not draw on public funds. He does not support the new bill, introduced by Sen. Catherine M. Young. That is his prerogative. But he has no right to make anti-Catholic remarks.

Over the last ten years, the average number of credible accusations made in the previous year against over 52,000 priests and deacons is 7.1. There is no institution in society that has a better record than the Catholic Church in stemming the sexual abuse of minors.

The sexual abuse of minors is a national problem. No one institution owns it, but if there is one that is in first place, it sure isn’t the Catholic Church. Hoylman is feeding anti-Catholicism by floating this cruel stereotype. Every demographic group has its stereotypes, but few public persons promote them. Why does Hoylman act differently?

UPDATE: It appears that the tweet has been deleted. It read: “It’s an outrage to suggest using public money to cover for institutions that have harbored child sex predators. Like robbing Peter to pay John Paul II.”

Public $ shouldn’t be used to cover for the crimes of child sexual abuse. @NYpassCVA pic.twitter.com/EacHXYS7p0

Sen Young's bill is actually a New Joke for child victims It should be called the Institutional Subsidy Act Lets all institutions off the hook Loved by Dolan and insurance companies #passtheCVA #childvictimsact #InstitutionalSubsidyAct #SenatorYounghttps://t.co/bMW9V0eGwY

The #ChildVictimsAct is about justice and accountability for predators and those covering for them. @GeorgeAmedore and @LeaderFlanagan, stop playing games and put the real #ChildVictimsAct to the floor for a vote. #DontWantYourHushMoney https://t.co/zv61nI7BTr

Via @klnynews @nysendems Senator @bradhoylman questioned the legality of grabbing funds from the same stream that pays for rape test kits and cameras for public housing at the expense of protecting "child sexual abusers and institutions who harbor them."https://t.co/XZ6JPH12jt