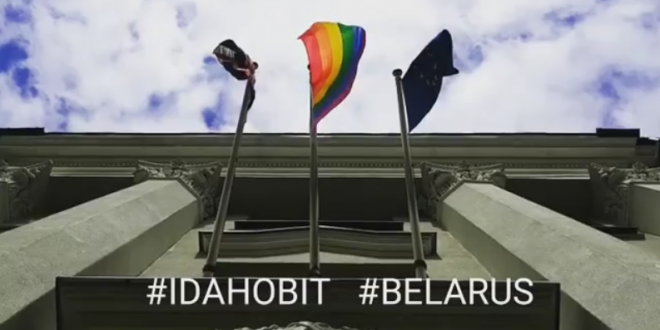 Leading rights groups praised the British embassy in Minsk on Tuesday for flying a rainbow flag to support sexual minorities in one of Europe’s most homophobic states, after Belarus condemned the UK for challenging its “traditional values”.

Britain came under fire from the eastern European country’s interior ministry on Sunday, which said on its website that the UK embassy’s display of the flag was creating problems “where they do not exist” and that “same-sex relationships are a fake”.

Critics say LGBT people face violence and abuse in Belarus, where President Alexander Lukashenko, in office since 1994, has said it is “better to be a dictator than gay”.

“Supporters of single-sex relationships furiously argue their position, despite the principles and traditions that have formed in society. But however you spin it, single-sex relationships are fake,” the ministry said. “And the essence of a fake is always the same, to devalue the truth. The LGBT community and the whole struggle for its rights and this community’s day itself are all just fake!”

While homosexuality is not banned in Belarus as it was in the Soviet era, single-sex marriage is not legal and human rights groups have said the government promotes animosity against sexual minorities. In move that echoed the law that Vladimir Putin signed against gay propaganda, Belarus passed legislation in 2016 banning information that “discredits the institution of the family and marriage”.