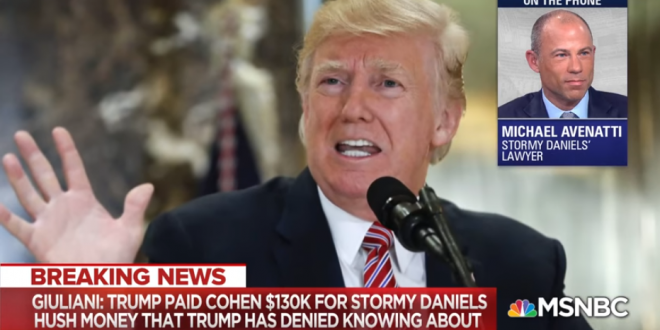 Avenatti Is “Speechless” After Giuliani’s Admission: Trump Will Not Serve Out His Term, No Way, No How

“I have to tell you, I am rarely, as your viewers know, rendered speechless,” Michael Avenatti told MSNBC host Lawrence O’Donnell over the phone. “But I am absolutely speechless at this revelation and this admission.”

In a separate interview, Avenatti reiterated his past prediction that Trump will not serve out the remainder of his term. “This opens the Pandora’s Box if you will into serious, serious issues for Donald Trump,” Avenatti said in a subsequent interview on CNN. “I said it weeks ago, I’m going to say it again, Mr. Trump will not serve out his term. No way, no how. He will be forced to ultimately resign. This is a bombshell.”