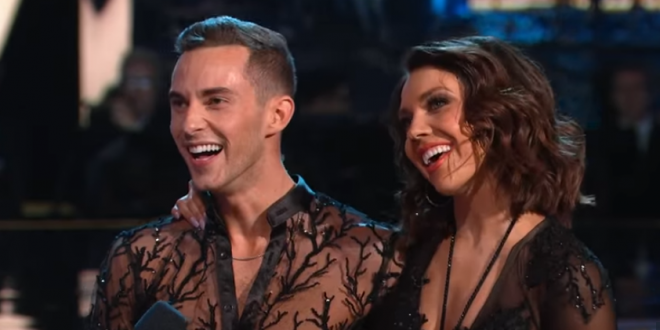 Adam Rippon made his Dancing With the Stars debut on Monday (April 30) night, and the Olympic bronze medal skater made an enormous splash by trotting out a classic dance track from LBGTQ icon RuPaul to the world of DWTS. Rippon and partner Jenna Johnson, both in sheer black material, danced the cha cha to RuPaul’s “Sissy That Walk,” bringing vogueing, twirls and some Naomi Campbell runway strutting to the show. In short, the dancefloor was owned. (His pre-dance video found him in command mode, too, with Rippon not just speaking to camera, but directing it.)

So, it’s impossible for Rippon to win after the first week, but we might as well hand him the Mirror Ball Trophy. He was tremendous. “You were born to do this show,” Inaba said. Well, maybe he was born to win an Olympic medal and inspire millions of people around the country, but sure, born to do this show as well. His footwork on the dance floor is spot on. His lines are gorgeous. He has attitude for days. Everything you loved about Adam Rippon on the ice, he brings to the dance floor. With another week of practice, he’ll be Gene Kelly or Fred Astaire.