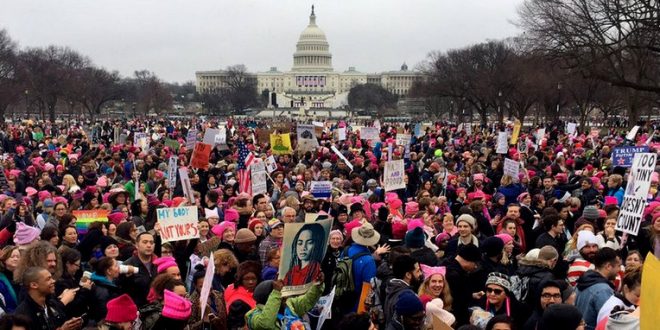 WaPo Analysis: Who Are These Millions Of Protesters?

Since Trump’s election tens of millions of Americans have turned out in the streets in the largest protests seen in decades. Today the Washington Post breaks down the numbers:

One in five Americans have protested in the streets or participated in political rallies since the beginning of 2016. Of those, 19 percent said they had never before joined a march or a political gathering. Overwhelmingly, recently motivated activists are critical of Trump.

Thirty percent approve of the president, and 70 percent disapprove, according to the poll. And many said they plan to be more involved politically this year, with about one-third saying they intend to volunteer or work for a 2018 congressional campaign.

The poll offers a rare snapshot of how public activism has changed in the 50 years since large street protests and rallies last dominated the political landscape. Back in the turbulent Vietnam War era, college students were the face of protests. Today, many activists are older, white, well-educated and wealthy, the findings show.

A significant number — 44 percent — are 50 or older, and 36 percent earn more than $100,000 a year. Far more are Democrats than Republicans. An equal percentage are men and women. An outsize share live in the suburbs.

Hit the link for much more. Fascinating stuff.