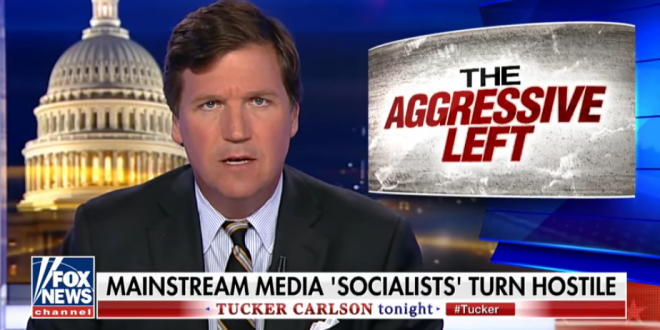 “You may have mixed feelings about Milo Yiannopoulos, many people do. But if you’re on the left, you really hate him. Like you’ve never hated anybody for some reason as much as Milo Yiannopoulos and the effect is Milo Yiannopoulos can’t even go to a bar without getting driven out by screaming people. They claim that the Nazi label is justified because some of Milo’s supporters once made a Nazi salute they say, though it’s not clear that Milo saw them do it, whatever.” – Tucker Carlson, speaking last night about Milo and a fellow homocon fleeing a NYC bar after the patrons chanted “Nazi scum get out” at them.

The statement was “Go fuck yourself” pic.twitter.com/WLLoYanaEh