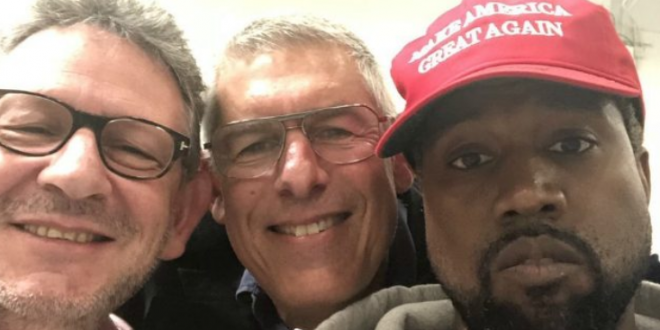 Trump 2020 Campaign: Be Like “Free Thinker” Kanye West And Buy A MAGA Hat, Don’t Let Them Silence You

The Trump campaign is seizing on the support of rapper Kanye West in a bid to sell President Trump’s signature “Make America Great Again” hats. In a fundraising text sent to supporters on Thursday, the Trump campaign applauded West as a “free thinker” often attacked for speaking truth in the same vein as the president.

“Group think is a mandate in today’s society and when a free thinker like Kanye West speaks truth, they attack him,” the text reads. “We support Kanye speaking his mind, even if sometimes we do not agree on the issues,” it continues. “Do not let them silence you. Get your red MAGA hat today.”