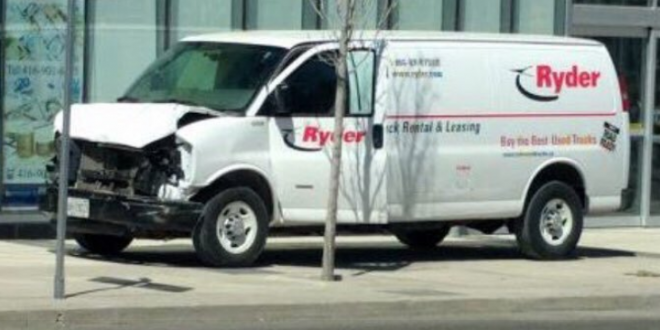 Nine people were killed and at least 16 others injured after a white van hit pedestrians in Toronto, Canada, today, police said. The driver is under arrest, Toronto police told ABC News. Witness Ali Shaker told CTV News he was driving in his car when he saw the Ryder van jump the sidewalk and people walking were “crumbled up.” “He’s just hitting people one by one, going down,” Shaker said. “It was a nightmare.” Another witness Phil Zullo told CTV News he saw “shoes and hats flown everywhere.”

After a van strikes pedestrians in Toronto, a law enforcement official briefed on the situation tells CNN the incident is believed to be deliberate. https://t.co/SYvkGHFwTt pic.twitter.com/a23A8WJvcK