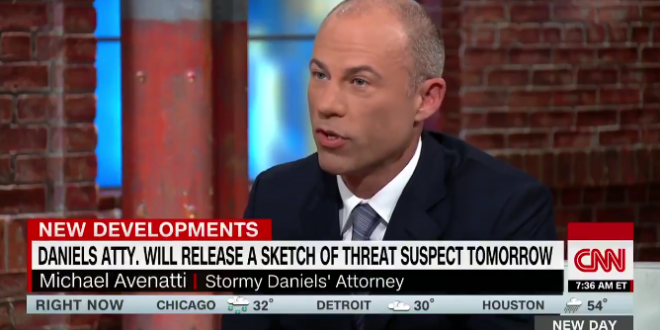 Stormy Daniels’ attorney Michael Avenatti on Monday said he will be releasing a sketch of the man who Daniels claimed threatened her in a parking lot in 2011 after she tried to sell her story about her alleged affair with President Trump. Avenatti said the sketch would be released on Tuesday and that there would be a significant reward offered to identify the person.

“A composite sketch has been produced. We’re going to be releasing that tomorrow, along with a significant reward. We are asking that the public come forward. We are very close to identifying this individual,” Avenatti told CNN’s Alisyn Camerota on “New Day.”

Lawyer Michael Avenatti says he and Stormy Daniels have a composite sketch of the person they say threatened her and will release it tomorrow to get help from the public in identifying that person https://t.co/bMnLxtIX5m pic.twitter.com/bP6bl9hm6w