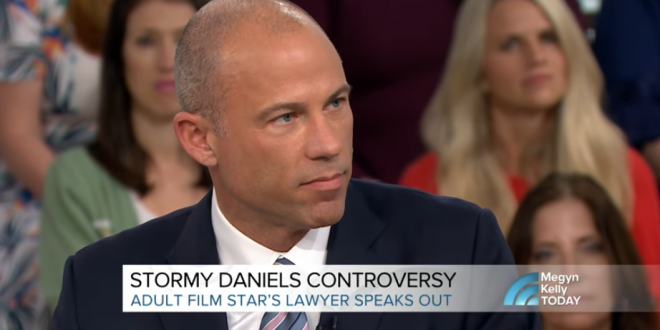 “When she sat for that interview, it actually lasted over two hours in length. The portion that the American public saw was only about 14 or 16 minutes. CBS, they’re a conservative network. There’s a lot of information that was said that did not make it into the final piece. For instance, she can describe the president’s genitalia in great detail. That did not make it into the piece.” – Stormy Daniels’ attorney Michael Avenatti, speaking to Megyn Kelly, who responded in horror, “Don’t need to hear that!”

Previous Infamous Nazi Site: We’re Broke And Shutting Down
Next Record Number Of Female Democrats Have Filed US House Bids Thanks To Donald Trump And GOP Policies