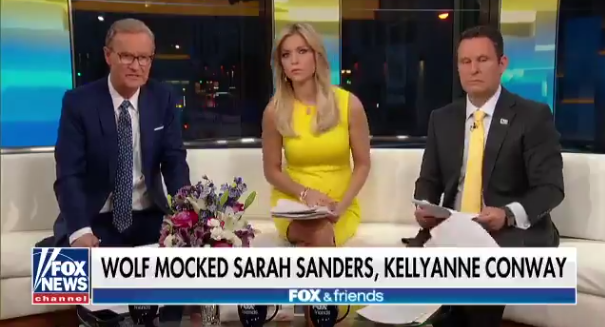 “Michelle Wolf, like Stephen Colbert in front of George Bush, was wildly inappropriate and performing for a crowd that was not in attendance. That crowd, OK, many of whom were probably laughing at Colbert. Very few, I can tell you, were laughing at Michelle Wolf. Cringing, more likely. Because — because there was a victim. With comedy, the victim should be powerful people. They shouldn’t be Kellyanne Conway and Sarah Huckabee Sanders. And if you’re going to mock them, you have fun with it, but you don’t make fun of them.” – Fox & Friends host Brian Kilmeade, speaking on this morning’s show.