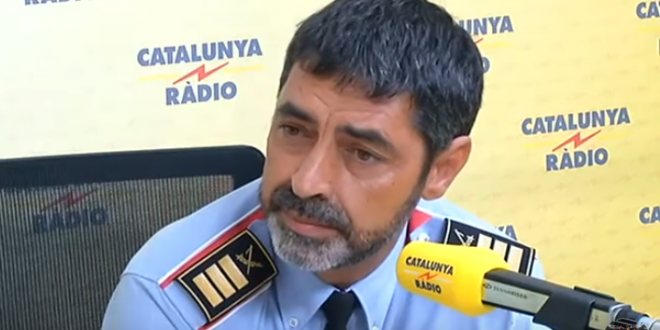 A former head of the Catalan police force who drew widespread praise for his handling of the Barcelona terror attacks in August last year has been charged with belonging to a criminal organisation for his role in the events leading up to Catalonia’s illegal declaration of independence two months later.

The regional police force, the Mossos d’Esquadra, “shared a common goal of bringing about Catalonia’s secession and the proclamation of a republic, and in this manner changing the political organisation of the state and the government, contrary to the constitution and the statute of autonomy,” Lamela said.