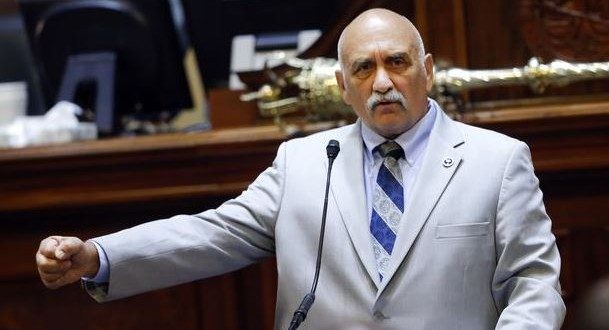 South Carolina debated seceding from the Union more than 150 years ago, a decision that ultimately led to the Civil War. Now, the topic has come up again, amid a national debate over firearms and gun rights. A trio of state House Republicans on Thursday quietly introduced a bill that would allow lawmakers to debate seceding from the U.S. “if the federal government confiscates legally purchased firearms in this State.”

Reps. Mike Pitts, Jonathon Hill and Ashley Trathman introduced the bill Thursday.  Pitts acknowledged the bill has no chance at passage. He said he’s long been considering the measure, which he intends to use as a means to shine a light on the issues of gun rights. “I see a lot of stuff where people even talk about totally repealing the Second Amendment, which separates us from the entire rest of the world,” Pitts said.

Pitts last appeared on JMG in 2016 when he introduced a bill that would require journalists to register with the state.

VIDEO: Pitts earned ridicule in 2015 when he declared that a unit of female soldiers all on their periods would create a formidable “fighting force that I would not want to face.”