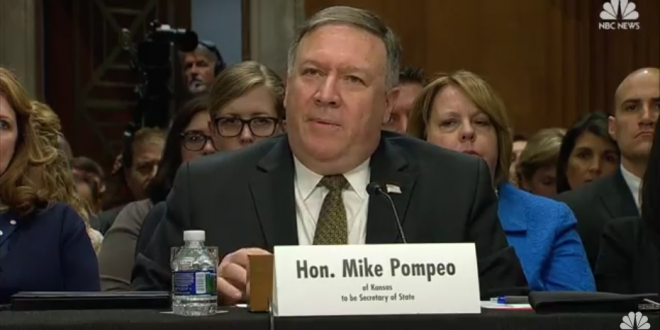 A Senate committee endorsed Mike Pompeo to be the next secretary of state on Monday, sending him to the full Senate for his expected confirmation, after Sen. Rand Paul (R., Ky.) reversed himself and withdrew his opposition.

The panel confirmed Mr. Pompeo along party lines, avoiding an embarrassing defeat for President Donald Trump. All of the committee’s Democrats and Mr. Paul had said they would vote against him in the days leading up the vote, raising the spectacle that one of Mr. Trump’s cabinet picks could face a public rebuke.

Mr. Paul said that he had “received assurances” about Mr. Pompeo from the president after a lobbying campaign directed at Mr. Paul, who frequently breaks with the majority of his party on foreign-policy issues.