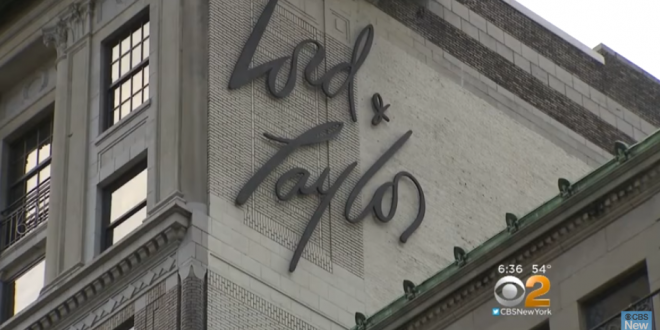 Retailer Hudson’s Bay Co on Sunday disclosed that it was the victim of a security breach that compromised data on payment cards used at Saks and Lord & Taylor stores in North America. One cyber security firm said that it has evidence that millions of cards may have been compromised, which would make the breach one of the largest involving payment cards over the past year, but added that it was too soon to confirm whether that was the case.

Toronto-based Hudson’s Bay said in a statement that it had “taken steps to contain” the breach but did not say it had succeeded in confirming that its network was secure. It also did not say when the breach had begun or how many payment card numbers were taken. Hudson’s Bay disclosed the incident after New York-based cyber security firm Gemini Advisory reported on its blog that Saks and Lord & Taylor had been hacked by a well-known criminal group known as JokerStash.

Although it’s unclear exactly how the malware was installed in the stores’ checkout systems, Gemini said it was most likely through phishing emails sent to Hudson’s Bay employees. In a phishing attack, hackers send seemingly legitimate emails to a company’s employees that encourage them to click on a link or attached file that secretly installs software on their computers, giving the attackers a back door into the systems.

We recently became aware of a data security issue involving customer payment card data at certain Saks Fifth Avenue, Saks OFF 5TH, and Lord & Taylor stores in North America. We identified the issue, took steps to contain it, and believe it no longer poses a risk to customers shopping at our stores. While the investigation is ongoing, there is no indication that this affects our e-commerce or other digital platforms, Hudson’s Bay, Home Outfitters, or HBC Europe. We deeply regret any inconvenience or concern this may cause.

We wanted to reach out to our customers quickly to assure them that they will not be liable for fraudulent charges that may result from this matter. Once we have more clarity around the facts, we will notify our customers quickly and will offer those impacted free identity protection services, including credit and web monitoring. We encourage our customers to review their account statements and contact their card issuers immediately if they identify activity or transactions they do not recognize.

Previous Frontman For Band At Bataclan Massacre Tries To Walk Back His “Messed Up” Attack On Parkland Students
Next Kremlin: Trump Pitched Putin On White House Summit