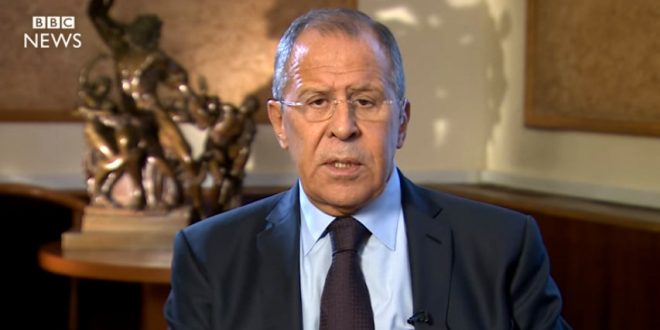 The Russian military says that an alleged chemical attack in Syria was staged and directed by Britain. Volunteer first responders and activists claimed a chemical attack by the Syrian government killed over 40 people in the town of Douma, which drew international outrage and prompted Washington and its allies to consider a military response. Moscow warned against any strikes and threatened to retaliate.

Russian Defense Ministry spokesman, Maj. Gen. Igor Konashenkov, released statements by medics from Douma’s hospital who said a group of people toting video cameras entered the hospital, shouting that its patients were struck with chemical weapons and causing panic. The medics said none of the patients were hurt by chemicals. Konashenkov said Friday that Britain was “directly involved in the provocation,” but didn’t elaborate or provide evidence.

Sergei Lavrov says the chemical attack in Douma was “fabricated” by a foreign intelligence agency but also says they’ve found no traces of chemicals. So is he suggesting:
1. Dead kids were placed in stairwells and filmed?
2. Actors faked being hosed down with water?