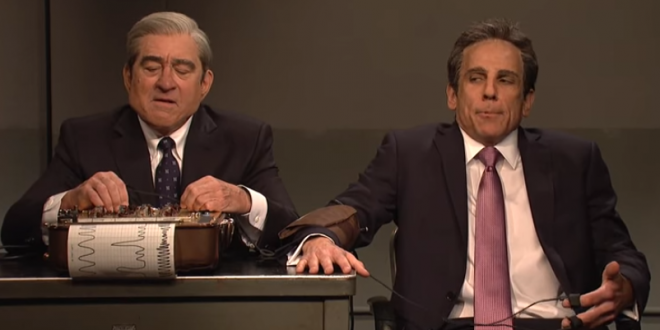 The two “Meet the Parents” stars paid homage to the iconic lie detector scene from the film, with Mueller grilling Cohen about his work for the President. They also called back to the question of whether or not you can milk a cat. Cohen accused Mueller and his team of bias, which Mueller refuted by saying they use codenames for the President and his family to prevent emotion from coming into it.