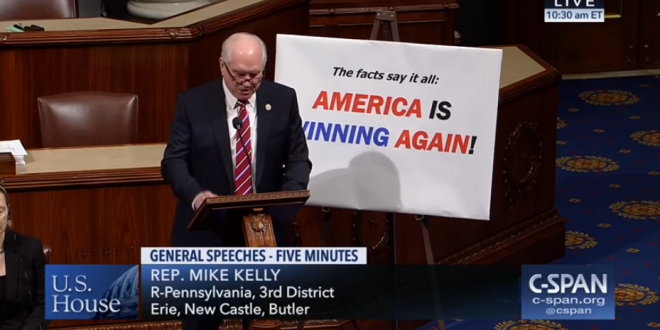 If federal lawmakers want to show they care about children and families, there’s perhaps no better opportunity in the near term than by passing the Child Welfare Provider Inclusion Act (CWPIA). Pending in the House as H.R. 1881 (introduced by Rep. Mike Kelly (R-Penn.)), and in the Senate as S. 811 (introduced by Senator Mike Enzi (R-Wyo.)), CWPIA would ensure that the maximum number of adoption providers remain in the marketplace and are able to serve America’s overloaded and burdened foster-care systems.

As FRC’s Travis Weber recently pointed out in an analysis of the topic, CWPIA is a win-win solution to our current foster-care dynamic. Protecting the freedom of providers to operate according to their beliefs ensures the maximum number of providers remain open for business and able to serve the ever-present waiting list of children looking for families to take them in. It also ensures the maximum number of potential adoptive families looking for children.

Charitable organizations, as Travis observes, make massive financial contributions to our nation’s public welfare — often without recognition or credit. These organizations include adoption providers. Yet these same providers are facing threats to their existence. They have already been forced out of Massachusetts, Illinois, the District of Columbia, and San Francisco due to their beliefs, and some were just suspended in Philadelphia. As they seek to follow their beliefs while continuing to serve the public good, the threat to them has continued to metastasize in other states, with lawsuits and public pressure opposing their freedom to operate according to their beliefs.

From the text of the bill:

The Department of Health and Human Services must withhold 15% of the federal funds that a state or local government receives for such programs if the state or local government violates this bill. An aggrieved child welfare service provider may assert such an adverse action violation as a claim or defense in a judicial proceeding and to obtain all appropriate relief (including declaratory relief, injunctive relief, compensatory damages, and reasonable attorney’s fees and costs).

RELATED: Sen. Mike Enzi last appeared on JMG when he declared that men in drag “should expect to be punched.” He later apologized. Rep. Mike Kelly was recently in the news for declaring that President Obama is running a deep state “shadow government” to undermine Trump. When called out for the comment, Kelly complained that his conversation was “meant to be private.” Both men belong to the Congressional Prayer Caucus.

Previous Trump: It’s A Beautiful Day For A Funeral
Next GEORGIA: Dozens Of Nazis Rally In Town Park [VIDEO]