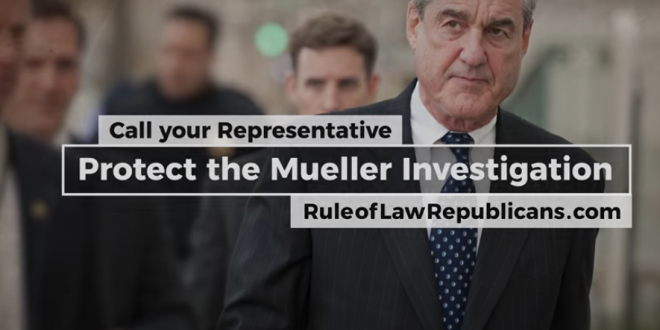 On Wednesday morning, a commercial bolstering Special Counsel Robert Mueller’s credentials and advocating that he complete his Russia investigation aired during Fox and Friends in the Washington D.C. market. The ad came from a group called Republicans for the Rule of Law led by Bill Kristol, editor at large at the Weekly Standard. The group’s website displays quotes from many Republican lawmakers supporting Mueller and his work.