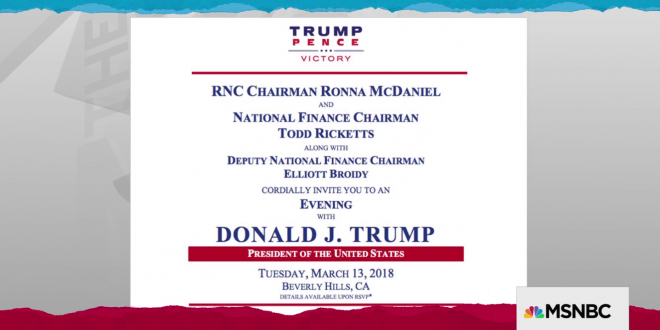 Elliott Broidy, the venture capitalist who admitted Friday to paying a Playboy “playmate” who said she was pregnant with his child, has stepped down from his post on the Republican National Committee’s finance team.

Sources familiar with the discussions confirmed to The Hill that RNC chairwoman Ronna Romney McDaniel accepted Broidy’s resignation Friday from his post as the RNC’s deputy finance chairman. The Wall Street Journal first reported his resignation.

Broidy confirmed the affair to the Journal and admitted that he “offered to help her financially” after she told him “she did not want to continue with the pregnancy.”

Broidy has resigned from RNC finance team following WSJ report that he agreed to pay $1.6M to ex-Playboy model who said he impregnated her.

Still in his RNC role: Michael Cohen, whose home/office were raided by FBI + who helped negotiate Broidy payment. https://t.co/REfMiWCXJ0