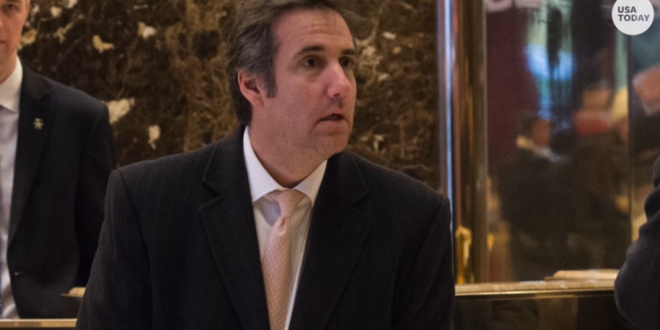 The Justice Department special counsel has evidence that Donald Trump’s personal lawyer and confidant, Michael Cohen, secretly made a late-summer trip to Prague during the 2016 presidential campaign, according to two sources familiar with the matter. Confirmation of the trip would lend credence to a retired British spy’s report that Cohen strategized there with a powerful Kremlin figure about Russian meddling in the U.S. election.

It would also be one of the most significant developments thus far in Special Counsel Robert Mueller’s investigation of whether the Trump campaign and the Kremlin worked together to help Trump win the White House. Undercutting Trump’s repeated pronouncements that “there is no evidence of collusion,” it also could ratchet up the stakes if the president tries, as he has intimated he might for months, to order Mueller’s firing.

Rumor has been swirling for months that Cohen flew into Germany by private jet in early September 2016 and went on to Prague by train or bus—now Mueller has evidence it may be true >> https://t.co/EvUoQB5fBG

Huge development. If Michael Cohen is confirmed meeting Konstantin Kosachev in Prague, then collusion happened. As I note in the piece, “everyone knows Kosachev speaks for the Kremlin.” Another tantalizing fact: Russian hacker Yevgeniy Nikulin was also in Prague at this time. https://t.co/ViAYukT7mW

BREAKING: Remember how Trump said he confronted Cohen about the alleged trip to Prague and Cohen showed him his passport and confirmed he’d never gone? Either Cohen lied to the president or the president lied to the nation about an allegation of treasonous conduct by his lawyer.

What a surprise. A crime family member has lied. Cohen was in Prague meeting with Russians during 2016 campaign. We’re one golden shower away from proving virtually everything in the Steele dossier to be true.

Well, this tweet of Cohen’s passport aged well. @McClatchyDC is reporting that Mueller has evidence that Michael Cohen traveled to Prague in 2016, confirming a part of the Steele Dossier. pic.twitter.com/ZgtH8PyeJi