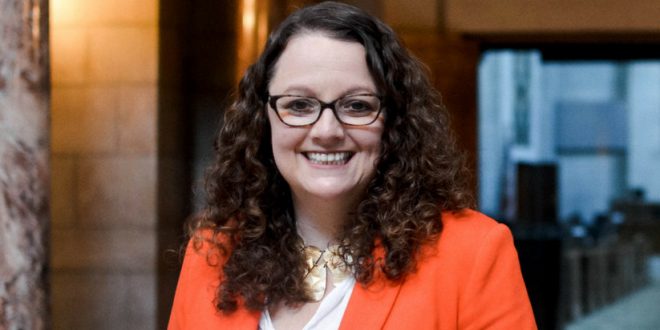 The number of women running for seats in the U.S. House of Representatives set a record Thursday, the vast majority of them Democrats motivated by angst over President Donald Trump and policies of the Republican-controlled Congress.

Their ranks will continue to grow in the weeks ahead, with filing deadlines still to come in more than half the states. In many places, women are running for congressional seats that have never had a female representative. “It’s about time,” said Kara Eastman [photo] of Nebraska, one of two Democrats vying to challenge a Republican incumbent in a district centered in Omaha.

A surge of women into this year’s midterm elections had been expected since the Women’s March demonstrations nationwide just after Trump’s inauguration in January 2017. Numbers analyzed by The Associated Press show that momentum is continuing.

As of today, 309 women are running. The current US House membership is 80% male.