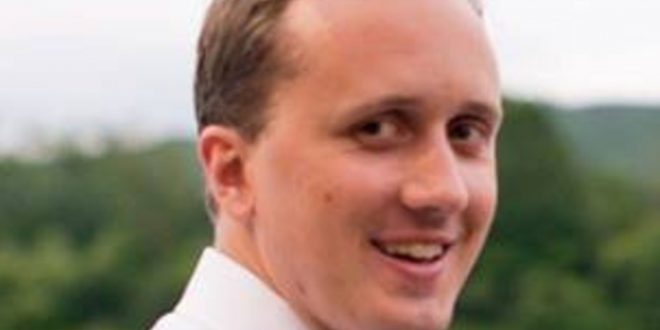 Infighting among white supremacists led to a major development this week: one of the most notorious pro-Trump internet trolls was outed as a Middlebury College grad who lives in Manhattan. Ricky Vaughn, an alt-right troll who was banned from Twitter for spreading anti-Semitic and racist content, got into a toxic back-and-forth with other far-right sympathizers on the encrypted social media site Gab earlier this week.

Some adherents — including white supremacist Christopher Cantwell and longshot Wisconsin congressional candidate Paul Nehlen — argued that the far-right needs to keep taking to the streets. But others, including Vaughn, contended that right-wingers should stick to infiltrating mainstream U.S. politics by spreading divisive propaganda online.

The debate focused on the future of the far-right in the aftermath of the deadly violence that broke out at a white supremacist rally in Charlottesville, Va., last summer. In the heated war of words that ensued, Nehlen revealed Vaughn’s real name: Douglass Mackey, a 28-year-old Vermont native who lives on the Upper East Side, according to voter registration records. Nehlen’s campaign did not respond to a request for comment.

It’s been argued that Ricky Vaughn, a Twitter troll, white nationalist and anti-Semite, did more to get Donald Trump elected than any entity on social media. And maybe beyond that. Named for the Charlie Sheen character in ‘Major League,’ Ricky Vaughn was among the top influencers promoting the alt-right in the lead up to the the 2016 election.

An MIT study conducted during the 2016 presidential election primaries found that his Twitter was more significant and persuasive than NBC News, the Democratic Party, even Stephen Colbert.

The Southern Poverty Law Center said Vaughn was “one of the first alt-right users to fully seize the potential in strategic, mainstream social media use. His rapid ascension as an influencer earned him instant celebrity on the far right.”

In the data set of significant accounts we looked at, Ricky Vaughn retweeted @TEN_GOP the most, by far. Although Twitter shut down his @Ricky_Vaughn99 handle in October 2016, another handle he used, @RapinBill, took over and retweeted @TEN_GOP at least 162 times between early March and late August 2017. (@RapinBill also retweeted @Pamela_Moore13, another Kremlin-controlled account, at least 37 times during this period.)

Mackey’s photo was posted on Gab by the infamous Weeping Nazi, Christopher Cantwell. The @RapinBill Twitter account was suspended this afternoon.

So who is Ricky Vaughn? A 28-year-old Middlebury grad who lives in New York City. He appears to have followed the Gamergate-to-alt-right pipeline. pic.twitter.com/kqvxdLaVGr

DM me bro ill buy you a beer.

We made Ricky Vaughn trend #1 on Twitter once before. Let’s make it happen again.

Ricky Vaughn was a hero to all of us, and like so many heroes before him, he was betrayed and sold out to his enemies by bitter, self-serving losers on his own side. pic.twitter.com/bstyHgqTpM

WOW. This article is BANANAS.

Turns out that alt-right troll Ricky Vaughn is a well-heeled kid from Vermont living in Brooklyn and collaborating with Cernovich and Milo. https://t.co/2mwLAE0tCv

Oh, and this is “Ricky Vaughn’s” current account. pic.twitter.com/gJ45G0Xq5e

Paul Nehlen is now banned from Gab. With all the cult worship he got in his little play pen over there, he started to think he was too big to fail.

He wasn’t. No one is. Ricky Vaughn had the silent majority standing behind him, and we are not going on be silent any longer. pic.twitter.com/991L64ilKq

Alt-Reich trolls out in full effect today defending their standard bearer Ricky Vaughn for his & their right to be white supremacist, Nazi admiring pieces of shit.