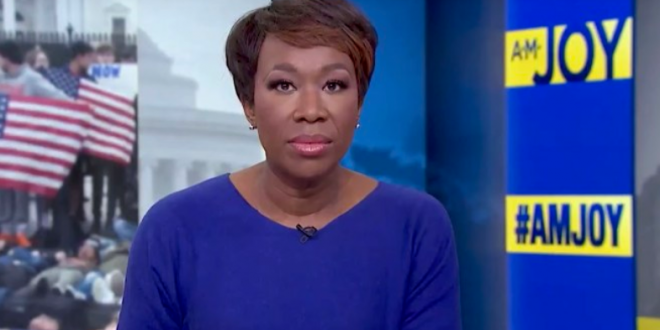 Said PFLAG National president Jean Hodges, “When we extended our invitation to Ms. Reid to honor her at our 45th anniversary celebration, we did so knowing about the blog posts from the late 2000s regarding Charlie Crist. We appreciated how she stepped up, took ownership, apologized for them, and did better—this is the behavior and approach we ask of any ally. However, in light of new information, and the ongoing investigation of that information, we must at this time rescind our award to Ms. Reid.”

From the Internet Archive:

Some recent press stories have discussed archived blog posts of a prominent journalist, Joy Ann Reid, in the Wayback Machine and her claims that some of these posts were “manipulated” by an “unknown, external party”.

This past December, Reid’s lawyers contacted us, asking to have archives of the blog (blog.reidreport.com) taken down, stating that “fraudulent” posts were “inserted into legitimate content” in our archives of the blog. Her attorneys stated that they didn’t know if the alleged insertion happened on the original site or with our archives (the point at which the manipulation is to have occurred, according to Reid, is still unclear to us).

When we reviewed the archives, we found nothing to indicate tampering or hacking of the Wayback Machine versions. At least some of the examples of allegedly fraudulent posts provided to us had been archived at different dates and by different entities.

We let Reid’s lawyers know that the information provided was not sufficient for us to verify claims of manipulation. Consequently, and due to Reid’s being a journalist (a very high-profile one, at that) and the journalistic nature of the blog archives, we declined to take down the archives. We were clear that we would welcome and consider any further information that they could provide us to support their claims.

Yesterday Mediaite reported on the latest group of alleged blog posts, much to the delight of anti-gay trolls who have flooded the post with over 10,000 jubilant comments.

Previous EPA Wants To Limit Use Of SCIENCE In Regulations
Next CHATTER AWAY: Overnight Open Thread